Ever had a “moment” where you’re doing something routine ? Whether it be driving to work, sitting in the back seat going to the mall, cutting up fruit for a smoothie or even sitting to read a book on the couch on a Sunday afternoon. A feeling hits you, it’s funny how it affects you, at first you know exactly the moment you’re taken back to then a second later it’s gone and you’re left with that emotion clinging to your chest. Sometimes it knocks the breathe out of you. That is nostalgia, a whole bunch of it . It’s not just remembering the old days when your kids finger painted the dining room walls or when your friends still swapped Pokémons in real life . It can be  feeling you can’t quite put your finger on but you feel it down to the bone, it’s time travel in a millisecond. It can either be the best feeling in the world or the worst. Either way that feeling lasts a hell of a longer time than the actual event. More often than not the flashback is brought about by a song or a smell of food or dust or anything really, it’s brought about by a person, position of the sun in your eyes or just as you’re about to fall asleep in that few seconds of limbo. It’s kind of funny how this kind of memory sneaks up on you. These are the best kind, even if they feel like the worst at the time.

I had one of those today I couldn’t explain what moment I was taken back to but I felt incredibly well, Like I missed that moment more than anything, I would really do anything to go back to that moment or even to remember what it was like . For me, today, the moment was brought about by a song and as we all know the best way to relive the memory is staring out the window with the music is on while the sun is setting as the perfect backdrop … It’s incredible but it’s distracting, there are plenty hipster quotes and pictures that can summarise this feeling much better than I can with words right now but Long story short. It’s pretty much inexpressible  and if I could try to it would be something close to amazing.

For example, I felt this kind of feeling pretty recently, it was yesterday I had this brief hint of a memory of a certain kind of aroma. I was watching a movie called the Hundred foot journey which reminded me how much how much smells can trigger memories, such powerful ones that you never knew you kept back in that brain of yours. While watching the chef in this movie cook I immediately thought of the sudden combination of the spices and ingredients he was using brought me back to that smell of deep fried tofu in America. They’re delicious if you haven’t tried it out you should give it a whirl it’s amazing. He may have been cooking something entirely different but my brain connected to that specific time. Some things can’t be predicted.

I went back for a brief moment to when I was 6 years old with my Thursday afternoon chinese food : beancurd brown sauce. That’s an example of a wonderful memory that I can actually remember a where the source came from . I felt like a child again, 6 years old walking the streets of Detroit with a packet of yumminess I could not wait to open . Aahh the gift of smell and hearing, your sight and these basic feelings, they have the ability to give you this experience of time travel even for the briefest of seconds.

Another instance that I could give you, was when I had this major crush on this guy(years and years ago).Let’s just say that nobody understood why we liked each other in the first place, one day we were together in a function and we snuck off somewhere to talk and we didn’t get much talking (only talking, don’t make this weird) done before my parents called me downstairs and as I ran down he called out to me from the upstairs balustrades. At that moment I had to stop and to prevent myself from falling over and I clung onto the railing when I looked up at him just as the sun hit his face in a way where I just saw a shadow and a smile and then an instance later I saw his eyes and we had a moment. Maybe it was five seconds, maybe 10 seconds, maybe to 3 whole minutes, we just had a moment. Smiling at each other like idiots. We didn’t say anything until it was over. He said goodbye and that was the end of it. I don’t regret that instance with him and I am not embarrassed of my crush . I am grateful for that memory, it was a beautiful one that I will remember forever. And it’ll probably come back at some stage to bite me in the butt . I’m probably going to be driving or about to fall asleep and that feeling it’s going to hit me, keep me thinking about it for hours. Reveling in the feelings that accompany that memory. But I don’t regret anything and that moment will be worth it.
Doesn’t mean I still like the person it just means at that moment for a second I travel back to that time when it was perfect. And that’s what makes this whole nostalgia things worth it sometimes it brings out the worst memories which I don’t particularly feel like sharing right now but sometimes, more often, brings out the best.

Here’s wishing you a week full of wonderful moments, have a lovely week ahead everybody. You deserve it!!!

Travel a little. In time.You’re worth it.

PS I might be paraphrasing L’Oréal but I do mean it.

Do you have any moments to share. Memories is that you wouldn’t take back? That you don’t regret it all, but the feelings that come with it run indescribably deep? Share below! 🙂 I’de love to hear them.

Song for the week : basically I want to recommend a band . They are called the Bootstraps . A couple of songs by these guys are : stand by me, I’m waiting, and last but definitely not least : wild moan. The song ‘I’m waiting’ will definitely stir up some feels, it’s something to listen to on a slow quiet day, it’s a beautiful song. Give it a listen I promise you you won’t regret it .

Movie of the week : i’ve been in the Tyler Perry movie mood this week. So today I’m going to recommend diary of a mad Black woman. Yeah it’s just how it sounds but it’s a good movie. If you have time check out his other movies too.

Quote for the week : “Sometimes you will never know the value of a moment until it becomes a memory” – Dr Seuss .    Clever man, really knew what he was talking about .
Signing out

(With A Hankering For Some Chocolate)

Looking for something specific? 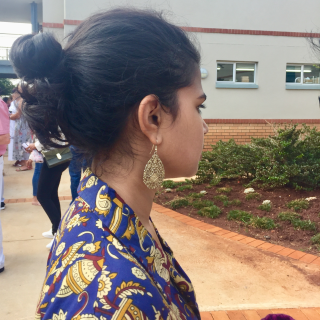 Trying to deal with life. Same as you. Emotionally incapable of handling serious conversations. Uses humour to navigate through life. Offer chocolate or cake (a combination of the two would be perfect) at the first sign of hostility from this blogger. Pro Choice whether it be sexual orientation, abortion or subway sandwich orders. Now that we have the major things discussed ..... Onto the blogging we go!